Father’s Day is celebrated on the third Sunday of June and this year the big day is June 16th. On St. John, the day is all about dads. See future Father’s Day dates here.

Officially celebrating father’s in the US began in 1910 in Spokane, WA. Inspired by a sermon about Anna Jarvis’ Mother’s Day, Sonora Smart wanted to honor her father, William Jackson Smart, a Civil War veteran and single parent raising six children. She told her pastor and the tradition began.

Sonora eventually went off to school in Chicago and the holiday fell out of popularity, but she took up the cause again after returning home in the 1930’s. She rallied retailers who would benefit from such a holiday and with the help of the NY Association of Menswear Retailers, gained national recognition for the holiday. Consumers did not immediately come on board, however, rejecting the commercialization and even mocking the celebration.

Persistence by the trade groups and a little self deprecating humor in their advertising eventually paid off. In 1966, P 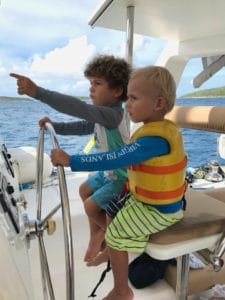 resident Lyndon B. Johnson designated the third Sunday in June as Father’s Day and six years later, President Richard Nixon signed it into law. By the 1980’s, Father’s Day became as important as Mother’s Day for retailers.

For more on US Holidays, checkout Wikipedia.