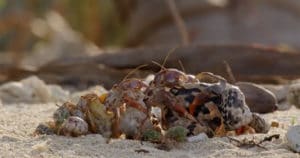 Each year on St. John hundreds of thousands of hermit crabs – known in the islands as soldier crabs – descend from the mountains and congregate near the water’s edge, awaiting some unknown cue to all head into the water to lay their eggs.  A scientist in Australia explains the reason for the soldier crabs’ awesome trek: 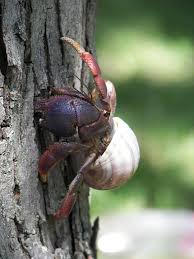 The adults are terrestrial, but the larvae develop in the sea. The adults must migrate to the waters edge in order to reproduce and release their eggs into the water… If the eggs and larvae survive out in the ocean, tiny juveniles climb back onto land and migrate into the forests where they grow into adults. In most years, only a very small number will make it back to land. In some rare years, the numbers that arrive on the shore are mind-boggling.”

In 2012 local resident and award-winning photographer, Steve Simonson, caught the event on video, which quickly went viral after he posted it on Vimeo. In addition to becoming a “Staff Favorite” on Vimeo, Steve’s video attracted the attention of local news media, as well as ABC News and Smithsonian Magazine. 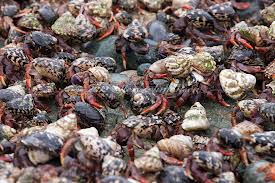 “Once these crabs have aggregated for about a week and all the stragglers have arrived (remember they have to come from the topsof the hills), one morning, just at dawn, they make a rush for the sea. I have no idea what the cue is but they all do it together… After shedding their eggs and maybe finding a new shell, if the old one is worn, broken or too small, they head back to the hills. By nightfall that day, you only see the usual number of crabs where earlier there were thousands.” 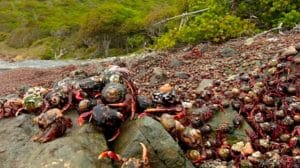 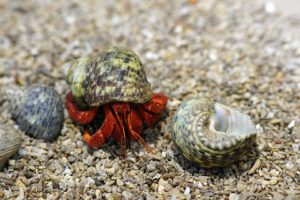 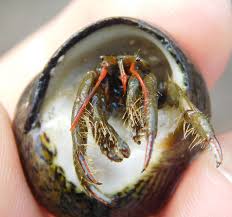 One response to “Hermit Crab Migration on St John Island”