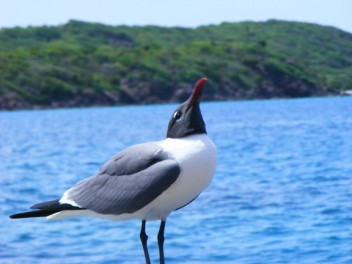 o you hear the distinct call of the laughing gull on St. John?  If so, you’re visiting the beautiful Caribbean island  sometime from April through September! 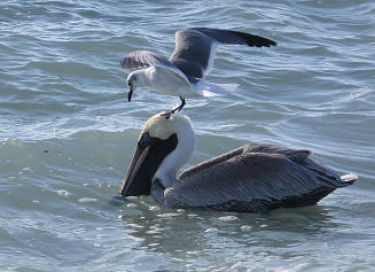 Like clockwork, the laughing gulls arrive just as high season on-island is ending. Pelicans all over St. John roll their eyes, as the flocks of laughing gulls descend on the beaches, making themselves comfortable and raiding their hosts food supply. Majestic and seemingly patient, the pelicans reside on St. John all year, while the laughing gulls vacation here only during the warmer months.

Laughing gulls who arrive on St. John are assumed to be from South America, escaping the heat.  Laughing gulls live and travel in flocks of thousands and are monogamous throughout their lifetime. Both sexes care for the nest and raise the young.