Have you ever seen a sleeping fish? A lounging lemon shark? Or maybe an octopus yawning?  How do underwater creatures get their z’s? 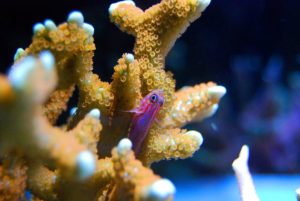 When it comes to exactly how fish sleep underwater, methods vary. Some fish float in place, letting the ebb and flow of the current move the oxygen through their gills. Others will nudge themselves against rock or coral, where they can breathe normally in safe quarters. 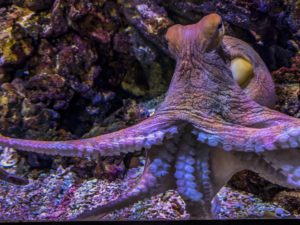 Octopus and lobster scope out their holes and crevices among the coral reef, as do some of the smaller fish. 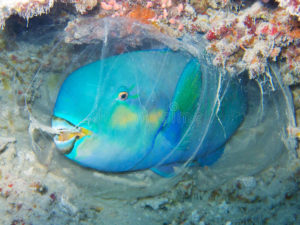 Parrotfish tuck-in for the night, conveniently belching out a protective bubble like a handy sleeping bag. 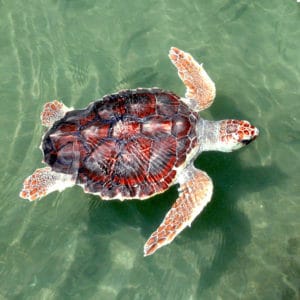 Sea turtles nap at various times of the day and night, typically on the sea floor or while floating at the surface. They inflate their throat to boost their flotation. Sea turtles can rest underwater for up to 7 hours! More on sea turtles here.

Like humans, fish breathe slowly and lie nearly motionless while sleeping. Learn more about sleeping fish at sleep.org and the YouTube video below.