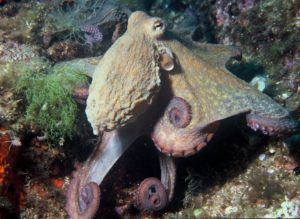 The octopus is a coral reef marine animal with 8 arms. In the Caribbean, adult octopuses* weigh about 3 pounds and can change both color and texture to blend into their surroundings and avert predators. 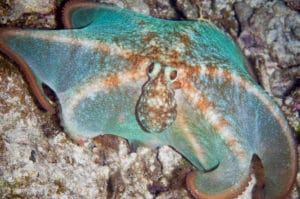 Mating for just a month or two around January, a female octupus will lay up to 500 eggs and sit with them in a lair. The eggs hatch 5-6 months later. 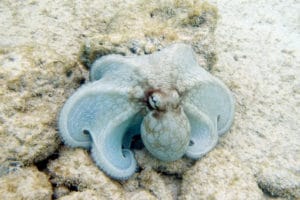 A newborn octopus can jet around and squirt ink just like their parents! 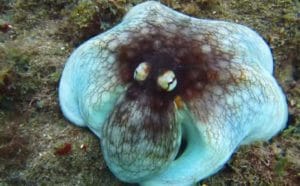 Octopuses grow very quickly, reaching full size before the end of the first year of life.

Octopuses are very intelligent. They avoid known predators, learn from each other, and have even been known to disguise themselves as algae or a coconut to avoid detection.Nice moves! 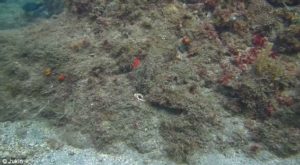 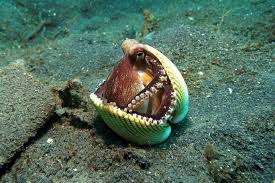 *Who knew? The plural of octopus is not octopi, it’s octopuses. Octopus is a Greek word, of which the Latin plural is octopodes.