A West Indian sea snail, the welk (or whelk) is also called a West Indian top shell or a magpie shell. They are not at all like the whelks in the US and Europe. Locally, West Indian welks are herbivores, whereas their northern whelk cousins prefer a meatier meal. 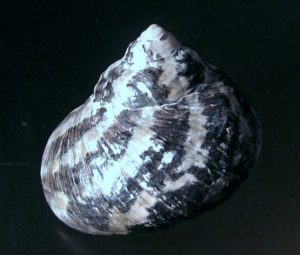 How to Cook Welk

Boil welk for five minutes to loosen + break down the muscle fibers so you can remove the meat from the shell.

Fish for Welk on St. John

Welk season in the US Virgin Islands opens October 1 and runs through March 31.

Welk season is closed in the US Virgin Islands from April 1 to September 30.

For questions regarding territorial regulations, contact the DPNR, Division of Environmental Enforcement in St. Thomas (340) 774-3320 ext. 5106.

For the most recent regulations for fishing in Federal waters, contact NOAA Fisheries Service at 727-824-5326 in St. Petersburg, Florida.

One response to “West Indian Welk”